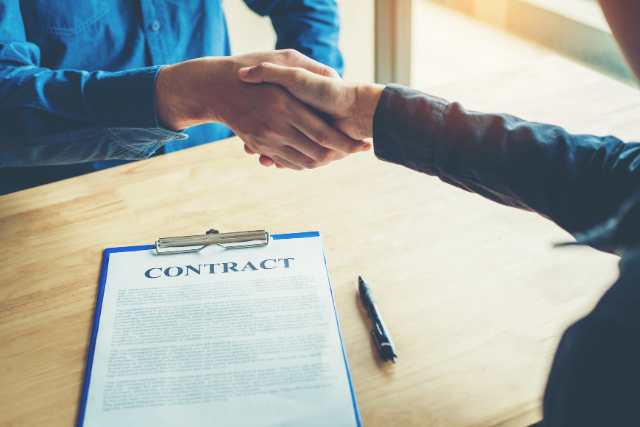 For the European Court of Justice (ECJ), it is not necessary to have the power to modify prices of goods sold on behalf of and in the name of the principal to be considered as a commercial agent.
With a decision of 4 June 2020, the ECJ has clarified the meaning of the term “negotiate” of article 1 paragraph 2 of the directive 86/653/CEE of 18 December 1986 relating to self-employed commercial agents, after a question of interpretation raised by the Commercial Court of Paris.

The facts were as follows:
In 2003, the company DCA, a producer and seller of clothes and jewellery, concluded a non-written contract with Trendsetteuse. Trendsetteuse distributed DCA’s products in its showroom, in exchange for a commission on the price of goods’ sold.
Regarding the agreement, Trendsetteuse had the authority to conclude contracts, on behalf of and in the name of the DCA, to sell its goods, on the metropolitan territory of France, except Corsica, divided in two territories: territory “Grand Nord” and territory “Grand Sud”.
The 29 March 2016, DCA decided to terminate the contractual relationship with Trendsetteuse for the territory “Grand Sud”, considering that the sale of its products was insufficient.
The 12 April 2016, Trendsetteuse challenged this decision. This was made in vain. DCA had already allocated this territory to a third party.
Trendsetteuse gave DCA notice to pay the indemnities due for termination of the agency contract.
DCA rejected the claim, considering that Trendsetteuse could not claim the status of a commercial agent, a regime set by the articles L.134-1 and following of the French Commercial Code which transposed the E.U. directive 86/653.
Consequently, Trendsetteuse filed its claim to the Commercial Court of Paris to have a recognition of its status of commercial agent and to condemn DCA to the payment of indemnities.
DCA once again rejected the application of the status of commercial agent, stating that regarding the former agreement between the two companies, Trendsetteuse did not have the power to negotiate the terms and conditions of the sales contracts, in particular their prices, concluded on behalf of DCA.
The main question raised to the Court was to qualify the relationship between the two companies and determine whether there was an agency agreement.
The Commercial Court of Paris questioned the meaning of the term “negotiate” within the article 1 paragraph 2 of the directive 86/653 stating:
“For the purposes of this Directive, ‘commercial agent’ shall mean a self-employed intermediary who has continuing authority to negotiate the sale or the purchase of goods on behalf of another person, hereinafter called the ‘principal’, or to negotiate and conclude such transactions on behalf of and in the name of that principal.”
The Court asked the ECJ whether the authority to negotiate of a commercial agent on behalf of and in the name of that principal included necessarily the power to modify the price of goods sold on behalf of and in the name of the principal.

Firstly, the Court reminded that the term “negotiate” used in the directive 86/653 is an autonomous concept of the European Union law.
Indeed, in line with the constant case law of the Court, a notion which does not operate a reference to national laws regarding its meaning must be considered as an autonomous concept of the EU law.
To this end, the notion must be interpreted in a uniform manner throughout the territory of the EU. (C-523/18 Engie Cartagena 19 December 2019 point 34 ; C‑426/05 Tele2 Telecommunication 21 February 2008, point 26)
Then, the Court explained how to interpret an autonomous concept, reminding again previous EU case law: « the meaning and scope of that term must, according to the Court’s settled case-law set out in paragraph 65 above, be determined by considering its usual meaning in everyday language, while also taking into account the legislative context in which it occurs and the purposes of the rules of which it is part.». (C-516/17 Spiegel Online 29 July 2019 point 77 ; C-201/13 Deckmyn et Vrijheidsfonds 3 September 2014 point 19)

Firstly, as for the meaning of the term « negotiate » in a usual meaning, regarding the translations of this term in the languages of the EU countries, in particular in German and Polish, the Court concluded that the terms used did not necessarily involve that the agent could determine himself the price of goods sold on behalf of and in the name of the principal.
Secondly, as for the legislative context in which the term « negotiate » occurs, the Court reminded that the object of the commercial agent’s activity depends on the terms of the contract with the principal, especially whether the parties agreed that the agent would purchase or sell goods on behalf of and in the name of the principal. Through a contractual setting, such contract can fix the prices, and does not let to the agent the faculty to modify them.
However, not having the power to modify prices does not prevent the agent to accomplish his main tasks: develop a clientele and the commercial relationships.
Thirdly, the last argument of the Court was related to the aims of the directive 86/653: to protect commercial agents in their relations with their principal, in particular when it comes to the termination of contract.

Thus, a restrictive interpretation of article 1 paragraph 2 of the directive 86/653 would lead to exclude from the application of the regime every person who does not have the power to modify prices during the negotiation with clients.
Two years after admitting that a commercial agent has the right to be indemnified for termination of contract even though the termination happened during the trial period (C-645/16 Conseils et mise en relations (CMR) SARL contre Demeures terre et tradition SARL 19 April 2018), the ECJ has adopted a protective solution for commercial agents in this new decision.
Furthermore, the Court probably has answered the recurrent conflict of interpretation between jurisdictions of EU member states and the French jurisdictions.
The French Court of cassation considered that the authority to negotiate necessarily include the power to change prices in order to apply the status of commercial agent. (Cass. com., 3 octobre 2000, n° 97-19.999 ; CA Paris, 20 mars 2014, no 12/05796, AJCA 2014, p. 246, obs. J.-M. Leloup ; Cass. com., 9 décembre 2014, n° 13-22.476).
However, even though the Court of cassation imposed this restrictive vision of the authority to negotiate of the commercial agent, some French Courts of Appeal held contradictory decisions, considering that the power to modify goods’ prices was not necessary to characterise the authority to negotiate and apply the commercial agent status. (CA Paris, 5è ch. pôle 5, 30 mai 2013, n° 10/23673 ; CA Lyon, 08 mars 2018, n°16/04620)