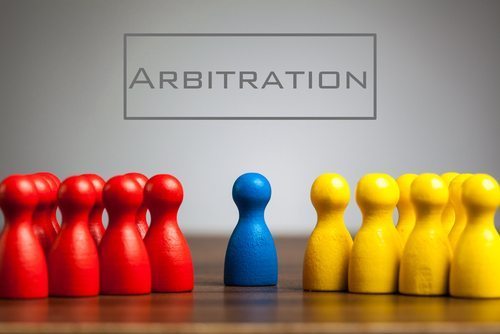 In France, for international arbitration, the judge in charge of the arbitral proceedings is the president of the Tribunal de grande instance of Paris when one of the parties is exposed to a risk of denial of justice.

The support judge does not have general jurisdiction to rule all disputes arising during the arbitration process. He is only competent to provide, on a suppletive basis, the constitution of an arbitral tribunal in case of risk of denial of justice.

A dispute arose between the State of Cameroon and a Belgian company concerning a contract to lease a protected area. The contract was terminated.

The Company seized the International Chamber of Commerce (ICC) of a request for arbitration.

The ICC then applies its rules and more specifically Article 37 6.
« Article 37 – Advance to Cover the Costs of the Arbitration
(…) 6. When a request for an advance on costs has not been complied with, and after consultation with the arbitral tribunal, the Secretary General may direct the arbitral tribunal to suspend its work and set a time limit, which must be not less than 15 days, on the expiry of which the relevant claims shall be considered as withdrawn. Should the party in question wish to object to this measure, it must make a request within the aforementioned period for the matter to be decided by the Court. Such party shall not be prevented, on the ground of such withdrawal, from reintroducing the same claims at a later date in another proceeding. »

The ICC taking into consideration the non payment of advanced costs, considered that the applications were withdrawn. The ICC secreteriat asked the Arbitral Tribunal to suspend its activities.